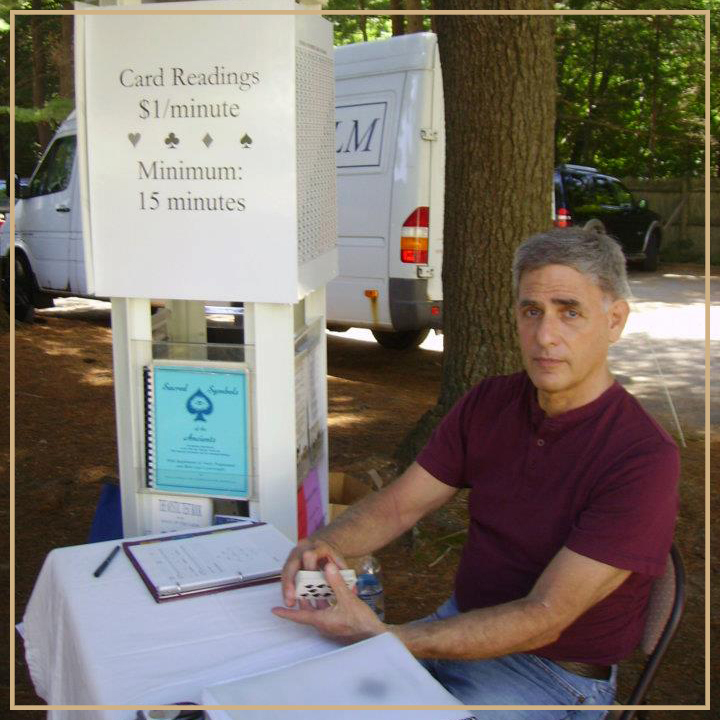 Expert personal counseling via the Ancient Science of the Cards

As you can see from the photo, I’ve been doing this for a long time. I’ve gained a lot of experience since I started by setting up my card reading booth at new age festivals and psychic fairs. I joined a prominent new age spiritual group at the age of 22, rose to a high rank before becoming disillusioned with organized religion, earned a Ph.D., taught for a number of years on the college level, and became a published author and editor, but never lost my interest in metaphysics and spirituality.

A psychic reader introduced me to the work of Robert Camp, which I studied casually for a number of years before officially enrolling as a student. Later, I became interested in the work of Iain McLaren-Owens, whose methods differed considerably from Camp’s. I corresponded with him by e-mail for a number of years, gradually developing a method of my own that incorporates techniques from both of these learned individuals, as well as some innovations of my own.

It’s important to emphasize that my work in no ways resembles that of psychic readers. What I do is counseling, and that involves discussing your background and issues beforehand, researching the influence that the cards are exerting, and explaining all of this in a personal session focused on finding a solution for your situation, problem, issue or need. 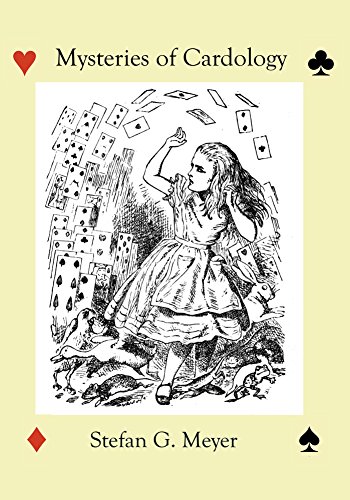 a system of divination, prediction, and personal understanding

Stefan G. Meyer’s Mysteries of Cardology is an account of the author’s attempt to delve into the mysterious basis of the science of the cards, also known as cardology–a system of divination, prediction, and personal understanding based on the ordinary deck of playing cards that we’re all familiar with from such games as poker, bridge, and solitaire.

Unlike astrology, cardology is not grounded in any observable phenomena such as the movement of planets in the solar system. It depends on a Birth Card chart that assigns a particular card to each person according to their day of birth and on a series of ninety Age Spreads produced by a simple controlled shuffle of the deck called quadration.

Stefan Meyer’s narrative delves into the mathematics behind this system while also raising broader questions regarding how metaphysical systems used for divination or predictive purposes work. Do they simply allow the human mind to see what it wants to see, or do they represent an actual mathematical or metaphysical structure embedded in the fabric of human existence?

Check out books by Stefan Meyer and other authors at G. Meyer Books/Spiritual Traveler Press